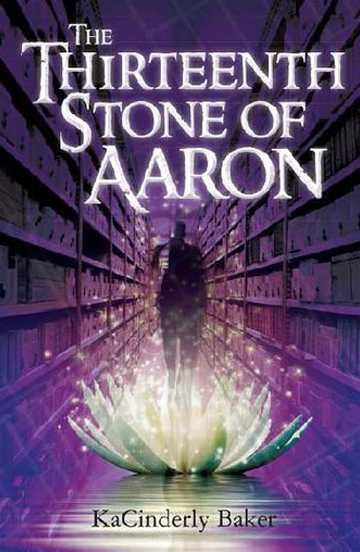 Go on an Adventure With Books

Not currently available - these books are under revision. Estimated publication date - October 2022.

KaCinderly Baker offers three exciting books inspired by historical figures and events. I spent eight years of research before writing and spent a lot of time finding facts to help inform you about the three books.

Book One: The Thirteenth Stone of Aaron

Uncover a sinister plot that threatens the world. Join Gabriel, Addison, and Shamar, along with the assistance of Eli, Mariah, and Sophia Daniels in unraveling the mystery behind Rabbi Katz’s murder.

Book Two: The Scroll of Knowledge

Travel through time to seek out the stolen artifacts of the Temple of Solomon with Gabriel, Addison, Eli, Mariah, Sophia, and Shamar. Discover why Alexander the Great unearthed and hid the artifacts.

Book Three: The Scroll of Fate

Now armed with artifacts from the Temple of Solomon, Gabriel, Shamar, and the Shomer must enter the arena and compete. All three can feel the strength and terror emitted by the Prince of Darkness. They understand that this might be their final battle.

Books are available on Kindle at Amazon.com Smashwords

Approaching his front door, Rabbi Katz pulled the keys from his pocket, so on edge with fright that his hands trembled violently, and he needed the assistance of his left hand over his right to open the front door. The click from the bolt acknowledged the door was finally unlocked, and he quickly entered, slamming and locking the door behind him. The Rabbi had always known that this day would come, but that didn’t make it any less frightening. Nervously he reflected on the events of the day as he considered the consequences of today’s encounter. From the moment he had first seen the oddly dressed man watching him, he knew they had found him, and from now on, he could not escape danger. Thankfully, he had been successful in posting a letter and packages to his dear friend Eli Daniels. The remaining work to be done became more urgent. He prepared some tea and sat at his desk to compile one more letter.

The fact that the strange man had followed him all morning meant that this was no chance encounter, but was the inevitable result of the secret work he had been doing in for the past few years.

The Rabbi set his cup back down on the table, wondering what was next. Would they continue to follow him, hoping that he would betray the locations of all the artifacts, or would they just terminate him, assuming they could find everything themselves? Solemnly whispering a prayer, he asked for help in making the right decisions and requested protection for all who are or who would be involved with protecting Solomon’s treasures.

Completing his prayer, he gave attention to the task at hand, a letter to Eli. The afternoon had passed quickly, and when the rabbi looked at the clock, he exhaled a long breath and printed the letter. Signing and placing the message into an envelope, he rushed to prepare for his evening engagement. As he began to leave for the synagogue, he remembered a few other items that required immediate attention. He went to his desk, grabbed the matchbox, and Eli’s letter, and placed them into his inside pocket. He went to the front door, paused briefly to make sure he hadn’t forgotten anything, and then left for the synagogue.

After services, Rabbi Katz bade good night to his friends and walked toward the front of the synagogue, intending to mail his items and then to return home. Approaching the main entrance, he turned his head toward the window to admire the lovely evening. However, what he saw brought back the horror from earlier that day. The man was there again, under the streetlight, not even trying to hide.

What if the stranger is a hired killer? Have I done everything necessary to secure the information and artifacts I have discovered? Second-guessing himself, he wondered whether Eli would remember their conversations and realize that the stories weren’t just fables, but, additional clues to the ancient mystery.

Fumbling in his coat pocket, the rabbi found the small matchbox he’d concealed there. Returning his attention to the hallway, the rabbi smiled and signaled for two of the synagogue’s young men to come to him.

“Rabbi, what can we do for you?” one man asked as they quickly approached him. The rabbi handed them the matchbox, the envelope that was addressed, a small piece of paper with instructions and money, and said, “Please mail this for me. I am tired and need to go home to rest. These items need to be mailed tonight. Please follow my instructions and may God bless and keep you."

The young men took the matchbox, instructions, and money and gazed into the rabbi’s face, curious about their task. Noticing the puzzled look, the rabbi quickly replied, “Don’t open the package: I packed its contents very carefully and precisely. Thank you, and good night.”

The rabbi turned toward the synagogue’s main door to exit the building. Pausing for a moment, he took a deep breath. With the end seeming close, he now regretted that he had not shared more information about this project with Eli. “Oh, why didn’t I tell him about the robes and the flasks?” he whispered to himself.

As he left the synagogue, the rabbi felt a sense of relief that the package was taken care of. His first instinct was to glance again toward the streetlamp, where the ominous figure still lingered. The question foremost on his mind now was whether he would be sacrificing his life for a mission that could be won, that of protecting unique sacred artifacts. The watcher now brazenly stared directly at him, apparently unconcerned whether the rabbi or anyone else detected his presence.

Quickening his pace, the rabbi hurried down the sidewalk toward home. The watcher crossed the street and began to follow the rabbi, accelerating and then overtaking the rabbi, grabbing him with a robust and authoritative grip.

With the sudden overwhelming weight on his shoulder, the rabbi’s heart pounded. In a daze, time seemed to slow down, and he saw flashes of his dear departed wife’s face before him as his body uncontrollably yielded to this superior force. Paralyzed with fear, he couldn’t concentrate, and the weight and strength of the vise on his shoulder caused him to stagger to the ground. The rabbi couldn’t move, but he felt and heard the watcher’s movements. He lay immobile as hands searched through his pockets. The rabbi’s vision weakened, succumbing into darkness.

This story is about an exquisite missing crystal, and its two scrolls just rediscovered near Alexandria, Egypt.

The legend of these items dates back to the conquest of Persia by Alexander the Great. Alexander learned from the Persian priests that the crystal and scrolls were items taken by the Babylonians from the temple of King Solomon. When Persia triumphed over the Babylonians, these items remained in the treasury room. It is alleged that the scrolls contain a riddle and or description of a cherished relic also taken from the Temple of King Solomon.

Alexander was intrigued not only by the legend but also with the writing on the scrolls; thus, he did not return these items to the Persian treasury room but chose to take possession of them.

Following Alexander’s death, Persian priests searched among Alexander's possessions for the crystal and scrolls he had “ taken ” from their treasury room. They could not find them. Now aware of their perceived powers, the priests began an extensive search around the empire, employing skilled assassins to recover these items. They were unsuccessful, and until now, these items remained hidden from humanity.

Archaeologists and historians gathered throughout the world discussing these recent discoveries. All agreed that these items were those taken from Solomon’s Temple. Their sudden appearance started speculation and heated discussions as to how these items had eluded pursuers for centuries. Curiosity spewed from archaeologists as to who had finally unearthed these items, what clues did they utilize, and what made them successful when others were unsuccessful?

If the legends are correct, it follows that these prized items, above all other artifacts, will become the primary focus of countless archaeologists, thieves, and treasure seekers.